In the middle of the Mediterranean Sea, nearby Sicily, the Maltese archipelago is the group of islands formed by Malta, Gozo, Comino and several smaller islands around. When the knights of St John had arrived in Malta in 1530, the peninsula on which the capital Valletta was going to be built, was practically uninhabited. The traces of prehistoric Malta, left on the islands around 7000 years ago, are visible today in open-air villages like Skorba (near Mgarr) and inside natural caves like Ghar Dalam. The inhabitants of these settlements introduced domesticated animals, crops and pottery. The temple culture which started around 3500 BC gave birth to the famous Hypogeum but the Phoenicians where those who put the islands on the Mediterranean map. These traders of antiquity arrived in Malta to make use of its harbours and they traded with the local population. Although the islands were attacked by the Romans during the First Punic War, it was during the Second Punic War (exactly in 218) that they occupied it permanently and remained until AD 400. Various tribes than had invaded Malta and around AD 535 it fell into the Byzantine sphere of influence. 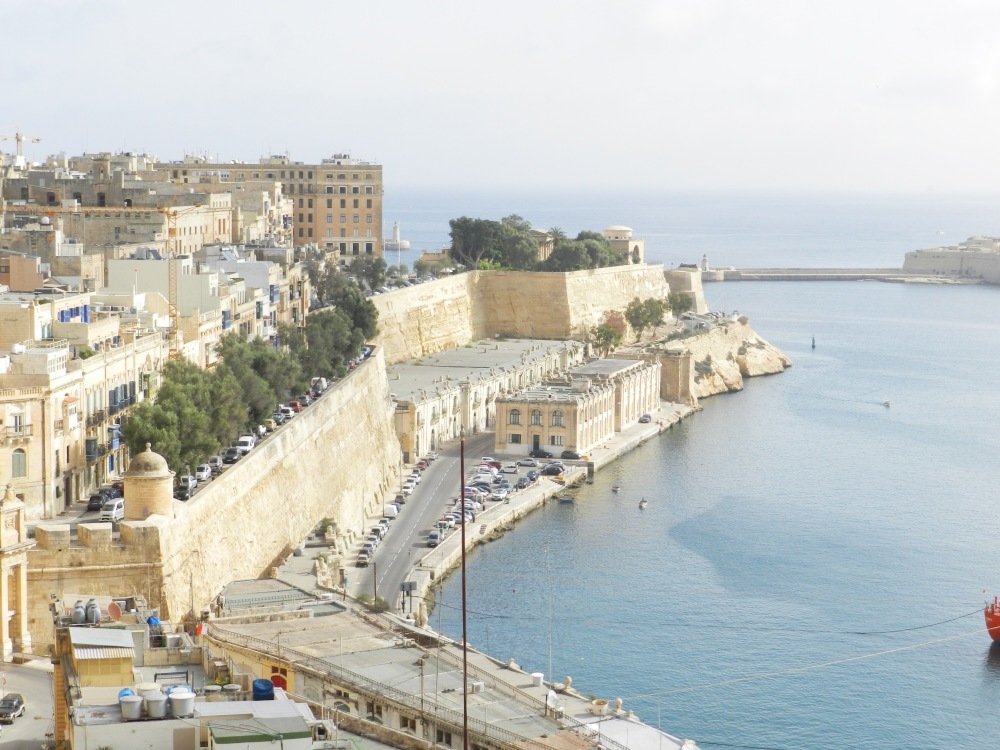 The most important event occurred in Malta during the Romans was the shipwreck of St Paul the Apostle in AD 60. This event put Malta into the Holy Bible and traditionally introduced Christianity into it. The most famous remains of this period are St. Paul’s catacombs. Arabs invaded Malta from Sicily in AD 870. It is not clear what happened but some scholars believe that the islands were left uninhabited, except for a few families and that they were repopulated in the mid-eleventh century. Normans conquered the islands first and then it passed under the Aragonese control in XIII century. Aragonese and Catalan families settled here. Today those families are part of the nobility of the islands. In Mdina, then Malta’s only fortified city, local government was established and with local church managed the territory. With the unification of Spanish kingdoms, Malta became part of world empire; in 1523 King Charles V donated it to the homeless knights of St John. The Order, made up of knights from eight different regions, remained in Malta for 268 years. The last of 27 grand masters that ruled over the Order, surrendered the islands to Napoleon Bonaparte.

The Order headquarter was settled in the harbour area, in Fort St Angelo, and Birgu became knights’ town. They built fortifications for defense in a case of the siege, especially during the attacks made by the Ottoman sultan Suleiman the Magnificent, when they undertook the building of the Forts St Elmo and St Michael.

La Valletta, built under the Grand Master de Vallette, who liberated Malta from the Ottoman trupes, became the new city in 1571.  The Order, made up of knights from eight different regions, remained in Malta for 268 years. The last of 27 grand masters that ruled over the Order, surrendered the islands to Napoleon Bonaparte. After the French occupation which lasted 6 days only, the British took took over Malta. All the most important monuments as churches, palaces, hospitals were built during the presence of the Order here. There are many sites and museums but in my opinion, the things you shouldn’t miss in Malta are: 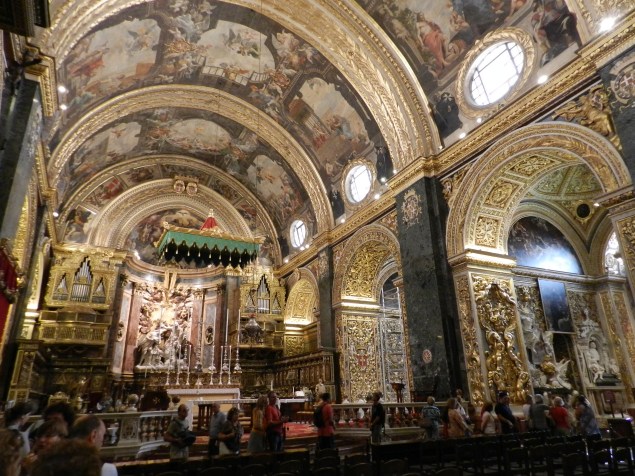 1 Grand Master’s palace was the official residence of the grand master and today is opened for visitors. You shouldn’t miss the Palace Armoury.

2 St John’s Cathedral is the biggest attraction of the tourists, completed in 1576, this church of the Order inside is really magnificent. Its floor is covered by 400 multi-colored tombstones of the personalities who lived in Malta during the period of the knights. The most important treasures here are preserved in its Oratorio: 2 canvases by Caravaggio: The Beheading of St John the Baptist (1608) and St Jerome Writing (1605-1606). Stay in front of these masterpieces in adoration is breathtaking.

3 The National Museum of Archeology – among many samples from the past, there are small figurines of prehistoric Malta like Sleeping lady form Hal Salfieni.

4 Hal Salfieni Hypogeum is probably the most interesting archeological site as it is the only underground complex survived from its period. Excavated into the live rock around  3500 BC when the prehistoric community seem to have decided to continue tunnel deeper into the earth to extend their cemeteries. If you intend to visit it, you must book in advance here as only 70 people are accepted every day. Consider that it is temporarily closed for conservation.

5 Hagar Qim, located on the south, are monolithic temples from c 3300 BC. This site is very fascinating and well preserved.

6 Mdina and Rabat with St Paul’s Grotto – as I have already said above, this is the place where St Pauld was imprisoned during his three-months stay in AD 60. It’s situated under the St Paul’s church in Rabat.

7 Gozo and its main town Victoria and its Citadel, Cathedral and Ta Pinu Sanctuary. You can take the ferry from Malta island and arrive in more or less 45 minutes.

8 DWEJRA Bay and limestone natural arch known as The Azure Window on the Maltese island of Gozo. You can visit it by taking the boat tour. The formation, which was created after two limestone sea caves collapsed, is popular with divers. 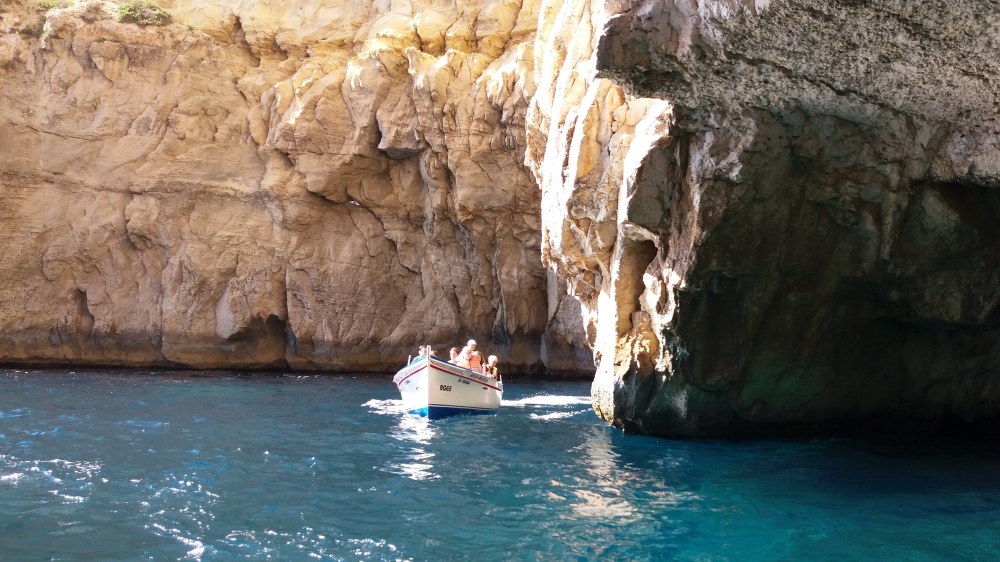 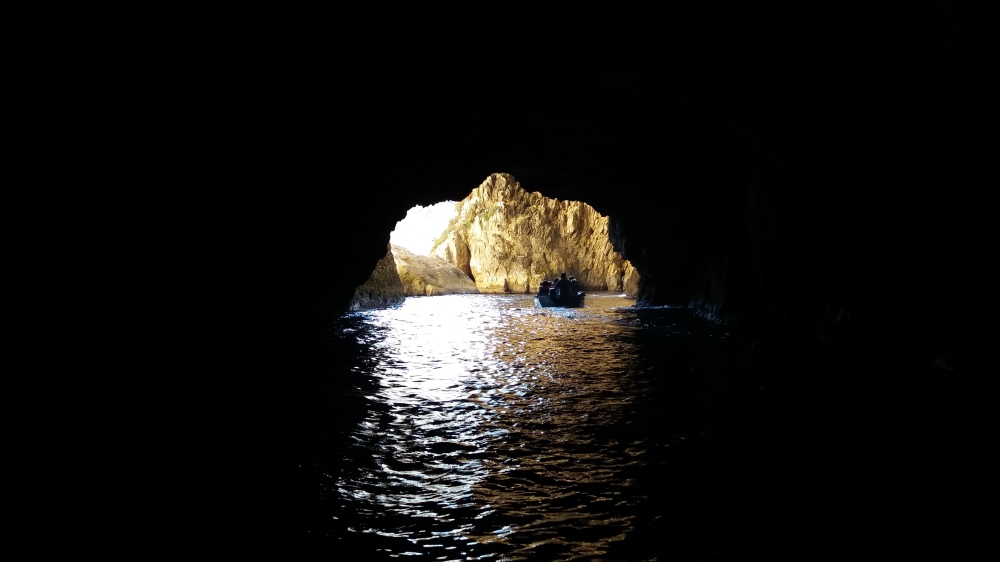 9 Blue Grotto is a natural cave on the south-western coast, where cliffs are higher and the sea seems to be deeper and more blue. This is one of the most beautiful landscapes of Malta. Take the boat trip and enjoy it. After the tour, make your lunch stop in one of the restaurants in Wied iz-Zurrieq.

10 Marsaxlokk is the largest fishing village of Malta. During the week you can enjoy here the small market selling local products, see fishermen at work while preparing their nets. You can see the traditional colorful fishing boats here and take beautiful pictures.

At the end, I invite you to enjoy the local food based on fish plates, to taste the famous Rabbit stew and i pastizzi… these are reeealy gooood, made of pastry and filled with ricotta or peas. You should eat them warm.